Everyone loves exploring. But there are Safari enthusiasts who take the matter to the next level; from tracking a bird with her prey, to paying attention to a lovely insect climbing on the flowers, to following a herd to its territory…it’s all about exploring. Sopai Safaris warmly welcomes you to dig deep the bushes and savannas of Tanzania. Tanzania Adventure – Luxury offers tremendous moments to travelers and nature lovers. View the itinerary and book with us today! 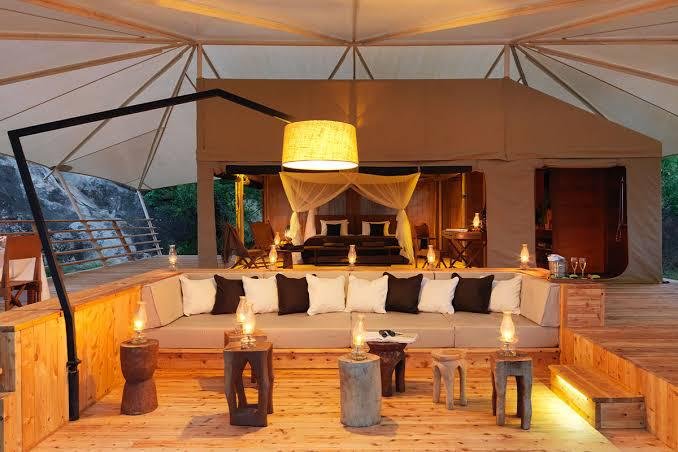 Day one
Day one

After a pleasant arrival at Kilimanjaro International Airport or, you will be welcomed by one of the Sopai Safaris representative who will initially meet and greet you. After a short introduction of himself, he will transfer you to your dedicated hotel within Arusha City for your night stay.

In the morning you will be collected from your lodgings in Arusha by your safari guide. And we prepare for Tarangire National Park on a good tarmac road across gently rolling Maasai plains with scattered acacia trees. As we zip along we pass many Maasai in their colorful dress walking on the roadside, riding bicycles, herding cattle and driving donkey’s carts. Tarangire National Park, well known for its large elephant herds, is also host to a multitude of other creatures. From the open roof of our state of the art safari jeep, we experience the seasonal swamps, savanna and life-giving Tarangire River, endeavoring to encounter a multitude of creatures, from zebra to wildebeest, buffalo, elephant, and giraffe, to name a few. It is possible we will glimpse lion stalking prey or leopards watching, relaxing in the trees above. On the game drive we will be experiencing the varied sights and sounds of the wilderness, we drive to your Camp for dinner overnight.

After breakfast at the camp, you will drive with your packed lunches to the Central Serengeti National Park (Seronera) for a game drive and photography. Serengeti is home to the huge migratory herds and remains an unexplored wilderness with breathtaking landscapes and abundant wildlife. The most captivating highlight of this area is undoubtedly the huge herds of wildebeest and zebra that roam the area during the dry season. However, the Northern Serengeti is also home to an abundance of indigenous wildlife such as lions, elephants, hippos, giraffes, crocodiles and the rare Oryx antelope. Dinner and overnight Acacia Luxury Camp.

On this day this day you will also spend a whole day in this incredible endless plain of Serengeti National Park the center of Serengeti (Seronera) will offer mild enroute game. the Lobo area, woodlands and then back into Seronera terrain. The central portion of the Serengeti - known as Seronera area is one of the richest wildlife habitats in the park. It features the Seronera River, which provides a valuable water source to this area and therefore attracts wildlife well representative of most of the Serengetis' species. As you make your way into the Seronera region, you will begin to notice the hilly and broken terrain altering into plain grasslands. In Seronera one must really look out for the many lion prides that thrive in this region. The interactions and survival of these lion prides provide an excellent game viewing experience all year round.

After breakfast at the Camp, you will head out straight to descend the Crater for the Crater tour, This UNESCO World Heritage Site formed millions of years ago, is 600 m deep and covers roughly 260 sq km. Due to its dense animal population of approximately 25 000, the crater offers the best game viewing of all the parks in Tanzania. You will arrive at the crater rim before lunch. You will descend into the crater and in a matter of minutes, you will be able to see wildebeest, zebras, gazelles, elephants and some of the more than 500 bird species in the area. With a little bit of luck, you might catch a glimpse of the endangered black rhino through the grass. After having a picnic lunch which will be carried from your accommodation in. Serengeti, you will have a full afternoon inside the crater You will then ascend the crater and head straight to Arusha for your onwards destination either Zanzibar or fly back by KLM, If you fly by KLM we will offer you a hot lunch and drop you off at the airport.

Tour packages are confirmed upon receipt of a 30% deposit of the total cost of the package. Balance payable in full by cash (dollars) upon arrival or 7 days prior to arrival if paid via credit card with a surcharge of 3% or via wire transfer with a surcharge of 4%.

Total price for the tour package per person is US $2,585