This 4-day safari will take you to the most famous National Parks in the Northern Tanzania Circuit. You will explore Tanzania’s wildlife, nature, and culture. The safari covers the great Ngorongoro Conservation Area, Tarangire National Park, and Serengeti National Park. 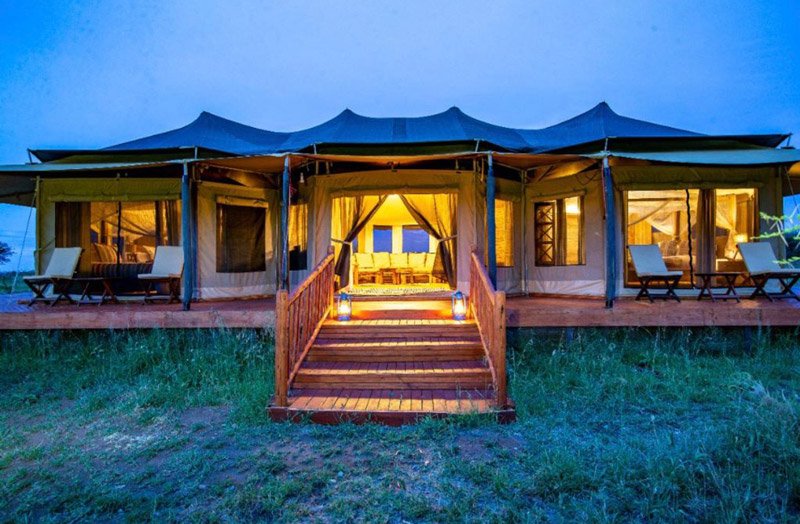 With our carefully crafted, customized Safari Itineraries, we guarantee a true experience in the lands of Africa, in the heart of Tanzania. Whichever Safari you select, it is designed to give you the beauty of wildlife, nature and Tanzania experience. Below are Mid-range Safaris Packages, a satisfying list of Safaris you can select.

After a pleasant arrival at Kilimanjaro International Airport, you will be welcomed by one of the Sopai Safaris representatives who will initially meet and greet you. After a short introduction of himself, he will transfer you to your dedicated hotel within Arusha City for your night stay.

In the morning you will be collected from your lodgings in Arusha by your safari guide. And we prepare for Tarangire National Park on a good tarmac road across gently rolling Maasai plains with scattered acacia trees. As we zip along we pass many Maasai in their colorful dress walking on the roadside, riding bicycles, herding cattle and driving donkey’s carts. Tarangire National Park, well known for its large elephant herds, is also host to a multitude of other creatures. From the open roof of our state of the art safari jeep, we experience the seasonal swamps, savanna and life-giving Tarangire River, endeavoring to encounter a multitude of creatures, from zebra to wildebeest, buffalo, elephant, and giraffe, to name a few. It is possible we will glimpse lion stalking prey or leopards watching, relaxing in the trees above. On the game drive we will be experiencing the varied sights and sounds of the wilderness, we drive to your Camp for dinner overnight.

After pleasant breakfast at the lodge we  will be driving to Southern part of Serengeti National park "Ndutu" the Ndutu area in the northern part of the Ngorongoro Conservation Area joins the Serengeti. As such, it forms part of the annual migratory route of hundreds of thousands of wildebeest, zebra, antelope and their predators which come to graze and calve between November and March, depending on the rains. The forests around Lake Ndutu and small koppies are also home to prolific resident wildlife. The magic of Serengeti National Park is not easy to describe in words. Not only seeing, but also hearing the buzz of millions of wildebeest so thick in the air that it vibrates through your entire body is something you will try to describe to friends and family.  the Serengeti National Park, it’s magical all year round. late evening drive straight to your accommodation where you will overnight.

Another must-see destination in Tanzania is the world-famous Ngorongoro Crater, After breakfast departs to Ngorongoro Crater, descending the crater for the game viewing and photographing, This magic Ngorongoro Conservation Area is located in northern Tanzania. Thought to be the result of a volcanic explosion, this fertile valley is one the most beautiful natural wildlife safari destinations in the world, and has even been named one of Africa’s Seven Natural Wonders. The enclosed nature of the crater has created an ecosystem all of its own, resulting in some of the best opportunities to spot game. It also has the densest known population of lions. Buffalo, elephants, leopards, and rhino can also be seen here, in addition to a host of other well-loved African classics like the ostrich, zebra, cheetah, wildebeest, gazelle, and even hippos. you will have a full afternoon inside the crater You will then ascend the crater and head straight to the airport for your onwards flight either to Zanzibar or fly back by KLM.